I do respect Russell Brand in some ways. He is a funny comic – and his position on drugs is right. His video thing on YouTube is interesting because it is innovative.

But otherwise, Brand is more like a bearded long-haired version of Jeremy Clarkson.

The problem with Brand is that he is full of contradictions. To give you one example, he lives on copyrights (a form of property rights) from everything he has created – just like he owns investments (such as swanky houses in places like London and LA) which only the richest of people could afford.

But most hilarious is this. Remember that Farage and Brand only have a 11 years age difference. 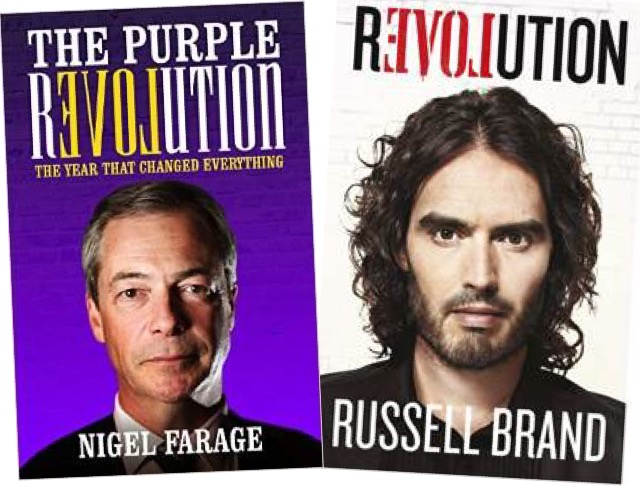